Who Is the REAL Decision-Maker?

One of the questions that you probably ask yourself when you're trying to understand what it will take to get an organization to say "yes" is, “How do I know I’m talking to the real decision-maker?” There are lots of ways to ask that question; however, I think many of them are fraught with peril. You don't ask a blatant question like, “So, who is the decision-maker around here?” because you would likely insult the person with whom you’re speaking by suggesting that other people have to be involved in the decision. Maybe this person actually is the lone wolf that makes the decisions and has all the power in the world. 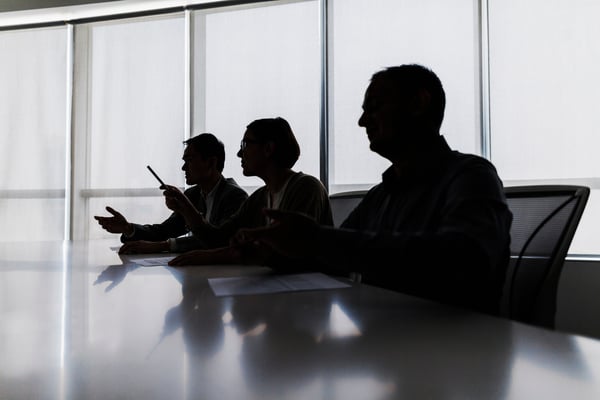 By far, the most elegant way that I've seen to ferret out who is actually going to make the decision is one that was suggested by Jeffrey Gitomer in his Little Red Book of Selling. It goes like this: "Bill, how will this decision be made?" After you ask the question, just zip it. This approach really falls flat if you don't give enough silence after the question to allow the other person to formulate and share an accurate answer. Learn to be comfortable with silence.

If you have a trouble being comfortable with silence, never go into a meeting without a glass of water in front of you. When you ask a question, especially a tough question, just stop. Breathe for one or two seconds, pick up the water, take a sip, and put the glass down. You will buy yourself between seven and ten seconds of silence, and you won't find it to be uncomfortable at all because you were just drinking from a glass of water. (I joke that if the water bit doesn’t buy you enough time, always make sure that you have a tube of lip balm in your pocket. You can take out the lip balm, lubricate your lips with it, put the cap back on, and voila! You just bought yourself another six or seven seconds of silence!)

Bottom line though, ask your prospect, “How will this decision be made?” Take notes while they speak. After they give a response, simply ask, "And then what?" Stop. Take notes. "And then what?” “And then what?" Continue to gently prod your prospect until he or she gets down to the point of saying, "And then we give you a purchase order, and as soon as you can do the job, we'll accept an invoice from you that we will pay within 'x' days."

Until you get down that whole cavalcade of steps, you will not know how many players will need to be involved in the decision, and you will go back to the office with an overly sanguine view of how easy it is going to be to close the sale with this organization.