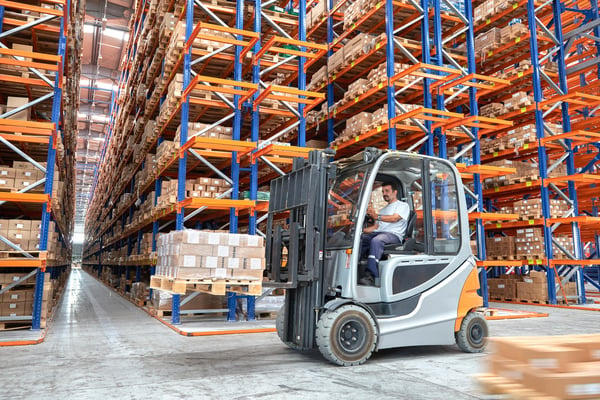 In many of our keynotes and workshops we highlight “non-utility-cost financial benefits” and “non-financial benefits.”  These are positive outcomes that happen after an energy project is implemented.  Sometimes these effects are completely unexpected, changing a company in ways the sales professional and their customer couldn’t have anticipated.

I’ll relate an example from a few years ago.  A rep from the Northwest Energy Efficiency Alliance (NEEA) was selling a product that’s fairly simple: lighting with advanced controls.  There was no need to connect the bulbs to a larger system and the installation was easy.  Every light she sold could be automated on its own then left to carry out its task.

Aside from energy savings on her customers’ utility bills, there were several benefits that came into play.  When she shared them with me, they proved to be stunning examples of unexpected outcomes:

1. Some of this lighting was installed in a storage warehouse with motion-detecting sensors.  If there were no moving forklifts in certain aisles, they would remain dark.  After a while the warehouse noted that forklift operators could accomplish their jobs at higher speeds because they could get from point A to B without anticipating collisions with each other.  They knew they could make quicker turns or head quickly in a single direction because they were 100% sure there were no other forklifts or workers in the vicinity.

2. Eventually the floor managers realized that lights were almost never turning on in certain aisles because their stock items weren’t ordered as often as others.  They reconfigured the floor so more popular items could be shelved closer to the shipping area and less popular items shelved farther away.  This made forklift operators take shorter trips and get more done in a shorter amount of time.  As a result, their efficiency increased even more.

3. The same motion-detecting lighting had unintentional effects in open office environments.  Managers noticed that certain parts of their floor virtually always remained dark because people weren’t at their workstations.  It wasn’t a question of who was being efficient or who was out of the office.  It was simply a visual representation of who was at their desk and who was out during the day, which ultimately allowed the office to downsize the number of workstations they maintained for their workers.

4. In these office environments, there is an emphasis on saving space and keeping people close to one another in order to foster communication.  When the floor revealed “dark patches” where there was no activity, desks and workstations were moved around to consolidate space and band people together.

These are just a handful of examples where you could see quantifiable benefits that weren’t anticipated during the initial sales pitch.  It isn’t always about the kilowatt-hours your customer will save or where they’ll invest the resulting savings in their budget.  Sometimes the effects are both more immediate and more human.  It becomes less about technologies and more about the people using them.

What unexpected outcomes could your offerings and products deliver?  And do you make it a habit to circle back with your customers and query what unanticipated benefits they might have enjoyed in the wake of upgrades you installed?