The Building is the Business

What’s one of the first questions you need to ask yourself before attempting to sell an expense-reducing capital project? “Is the prospect an owner-occupant, a landlord, or a tenant?”  Why?  Because each of those parties has entirely different values and decision-making drivers. 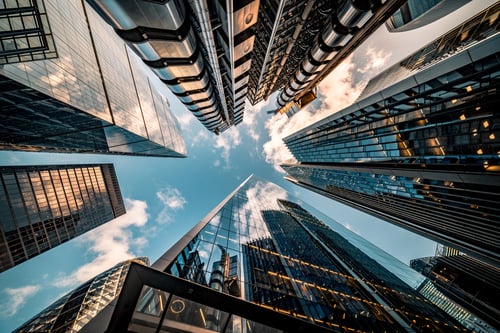 I can’t tell you how many times I’ve heard an efficiency expert returning from the field after having met with an income-producing property owner, totally aghast at the outcome of the interaction.  “We did all this work to show him how he could save so much energy in his building, and at the end of the presentation, all he said was that we should show the proposal to his tenants because they were the ones who would benefit!”

Income properties are prime targets for energy efficiency retrofits. Why? To use a phrase that my friend Bob Sauchelli, now retired from the US EPA, coined when we worked together back in the ‘90s to roll out ENERGY STAR® for Commercial Real Estate: “The building is the business.” In an owner-occupied building, the owner must pay the payroll of everyone who works in that building.  In an income property, the landlord is only responsible for a few heads – the engineers, the property manager, the porter, etc.  He’s certainly not paying the payroll for everybody who occupies the building.  That means that while payroll is likely the largest expense for the typical tenant, it’s likely one of the smallest for the typical landlord.

In fact, if you look at the Building Owners and Managers Association’s Experience Exchange Report, which summarizes operating expenses for a wide variety of building categories across the country each year, you’ll likely find that utilities (which admittedly covers more than just energy) is the typical landlord’s largest controllable operating expense.  Notice that I say "controllable," as opposed to “uncontrollable” (e.g., real estate taxes and insurance).

Keep in mind that just because utilities are the largest controllable operating expense, it doesn’t necessarily mean that the landlord pays that cost without recourse.  In fact, in most buildings, some or all of that expense is redistributed to the tenants based on each tenant’s rentable square footage percentage or some other protocol.

It’s vital that you understand exactly how much of the utility cost the landlord is presently responsible for, and how the proposed energy measure would impact that number.  That is where the gold nuggets are buried, particularly in cases where a lion’s share of the efficiency savings would inure to the benefit of the landlord, increasing not only his net operating income, but also his property’s appraised value.