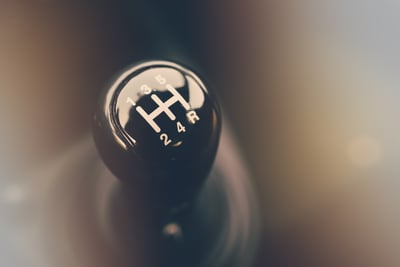 You'll frequently have situations where accounts are transitioned to you because a company is rearranging the chairs.  All of a sudden, you've got a project halfway toward completion and you have to finish it!

The first thing I would do is send a series of very deliberate questions to the rep who was previously handling it.  Don’t write, "Tell me about this customer," but ask the same kinds of questions you would ask of the customer if the two of you were face-to-face.  For example:

The former rep for that customer may or may not have had the intelligence or opportunity to ask those questions already.  Who knows?  Maybe they were the customer rep for five years prior to this reshuffling of the deck.  They may know a lot about how many projects have been proposed over there without actually asking the customer.

Most decisions are made emotionally, so what you’re really asking is “What gets this management team excited?”  Did they save some jobs by doing operating expense reductions?  Did they earn an ENERGY STAR® label?  Did they win a local BOMA contest because they cooperated with their utility on efficiency projects?  You have to understand what has been happening in the company before you took over the account.

The second thing you have to figure out is what stage the project is in and who has been involved up to this point.  Who thought it up?  Was it the rep?  Was it the property manager? Was it the asset manager?  Is that person still on board?

Ideally you could talk to that person and say, "Okay, tell me about this project.  How far did it get up the approval chain?  What issues were encountered? What steps are remaining?"  These are all things you definitely want to know, or otherwise you’re shadowboxing.  You also need to know where your prospect stands with this project.

The third thing you need to consider is how the dynamics have changed since the project was proposed.  For example, have the utility rates gone up and down?  As a result, is the payback shorter or longer?

Now I don't want to put too much emphasis on payback.  I'm using that just as a proxy.  Besides, if the simple payback period got shorter, chances are the modified internal rate of return, net present value and savings-to-investment ratio will have improved.  But ask what you may.  Ask what rebate or incentive programs may have done lately to influence the financial attractiveness of the project.  Ask if the utility has opened any new programs.  I know utilities frequently vacillate between supporting indoor lighting and outdoor lighting programs.  It’s possible that the project was stalled because there was no outdoor rebate, and now that the local utility company has switched from an indoor rebate strategy to an outdoor rebate strategy, a stalled project can qualify, improving the financials.

I think understanding the project’s landscape is key.  You need to know what kind of soil this seed was planted in.  Was it stony and rocky to start with?  Was it fertile soil, but the internal champion left the company and no one else realized they had to water the plants?  Where exactly does the project stand in the rebate/incentives landscape, the regulatory landscape, the rates and tariffs landscape, the political landscape, and even the organization’s own management landscape?

The fourth thing to investigate is your circle of friends and previous customers in search of similar projects and any unexpected savings that may have resulted.  For example, let's say you’re going to do a lighting retrofit in a warehouse and the project has stalled.  The former rep says, "I couldn't get the guy off the dime.  It was a payback of five years but they only approve projects with a three-year payback or less."  Then let’s say you happen upon a company in the same industry that did a similar lighting retrofit, and that they realized immediately thereafter that their pick-and-pack accuracy increased by 10%.  You could certainly reenergize your stalled deal by bringing this new information to the table, particularly if you took the extra step of juxtaposing what that pick-and-pack accuracy advantage saved versus what the lighting retrofit was projected to save in terms of energy and maintenance savings alone.

Once again, it’s important to have segment-specific intelligence and use your Success Story Archive™ to help sell future projects.  There are so many things that can happen while debriefing a former customer rep effectively and so much information worth investigating further.  Overall the question is, “If I present this project, is there any reframing I can do to make sure something's going to happen with it this time around?”