Sometimes a Change of Perspective is All It Takes

When it comes to perspective, you might be able to change a prospect’s outlook by reminding them of what’s important, or at the very least what’s at stake. Here’s an example that will give you an idea of how this works. 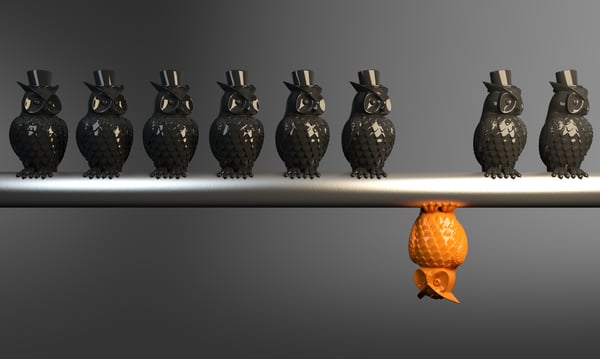 I helped a student of mine with this while teaching a Selling Energy Boot Camp. His situation was pretty straightforward: he was frustrated because a hotel he was working with kept putting off a boiler upgrade. It wasn’t that they were considering upgrading their equipment. Rather, their boiler had recently failed. It wasn’t functioning at all.

This left the hotel with two choices. It would cost $80,000 for a standard replacement or $100,000 for the stainless steel, high-efficiency version my student was selling. It can be challenging to convince a prospect to spend 25% more on a solution, and his first proposal was very technical. After handing that over he had heard nothing for several months.

He later discovered that the hotel business was using a portable boiler they had placed in their parking lot. It looked like a lunar space station with a long hose leading to the hotel pumping all of the hot water into their system. My student said, “I can’t believe it! They’re renting a boiler for $7,000 a month. They've already been renting for four months, so that’s $28,000 lost in rental expenses. And they still can't decide whether they want to spend $100,000 or $80,000 for a replacement. What should I do?"

I told him, "Tonight write four or five reasons why they absolutely need to replace this equipment with yours." He did what I had suggested, and when he returned the following morning, we crafted a one-page proposal together.

Sure enough, the hotel owner immediately acted and bought the more expensive boiler. So, what happened here? What was the difference between his original proposal and the one-pager that followed?

The short answer was that we reminded the prospect of what was at stake. Aside from the professional language we used, here is the gist of what we wrote:

This was the logic behind our recommendations and financial analyses. Making comparisons between how much they could save in maintenance and energy and equating it to their ADR (average daily room rate) wasn’t enough. Appealing to the inconvenience, risk and harm to their reputation were the missing pieces of the puzzle. It reminded the hotel owner why the boiler wasn’t just a maintenance issue. Its reliable performance was paramount to his property’s success.

I’ve said often that the “bits, bytes and blinking lights” are what get in the way. A change in perspective is mandatory if you’re going to make a compelling case and help someone secure approval for an efficiency measure that not only saves energy, but also creates value in other ways.