The Shortcomings of Simple Payback Period 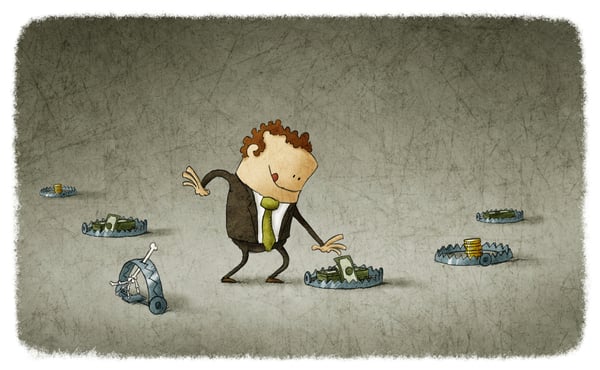 I’ve written several blogs about the perils of using Simple Payback Period (SPP) as a metric when evaluating proposed expense-reducing projects. I keep returning to this topic because so many efficiency salespeople still use this inferior yardstick, in many cases because they don’t know how to migrate the discussion from simple payback to a more proper metric. Today, we’ll discuss several shortcomings of SPP. Keep these concepts in mind the next time you encounter a prospect who insists on evaluating your project using this broken metric.

Simple Payback Period is blind to the time value of money. SPP treats every dollar received as if it were received today. This is not wise.  The sooner you receive your returns, the sooner you can reinvest those returns. Simply put, dollars that are returned to you sooner are worth more.

Simple Payback Period really has no visibility as to what happens after the date at which the initial investment is repaid. Suppose you present your prospect with two options to choose from. I’m sure your prospect would be interested to know that although Option 1 and Option 2 have the same Simple Payback, the former lasts only one year beyond the Simple Payback Period while Option 2 continues producing savings for 10 more years. Ultimately, the amount of profit your prospect makes is going to be determined by how long the investment continues to produce savings after its initial cost is recouped.

Many people think of payback as sort of a proxy for risk mitigation, figuring that the faster they get their money back, the less risky it is. That’s simply flawed reasoning!

A lot of other people think of payback as reimbursement of an expense. What they should be focusing on instead is the return they receive on their initial investment. Extending the analysis to include periods beyond the payback opens the door to considering your first cost as a true investment, rather than as an expense that you hope will be recouped through savings as quickly as possible.

Simple Payback Period also only considers the first year’s cash flow.  This is problematic in two ways:  1) it ignores irregular cash flows in later years; and, 2) it doesn’t take into account cash flows after the payback period.

Even if you use “Cumulative Payback,” which tallies incoming cash flows (regular or irregular) and tells you how long it will take to recoup your initial investment, you’re still blind to the time value of money, and to the total amount of cash inflows you can expect to see over the analysis term. “Discounted Payback” offers the next level of accuracy (taking into account time value of money); however, it is still blind to returns occurring after the Discounted Payback Period.