Pole-Vaulting Over the Moat

Recently someone asked me, “How do you pole-vault over the moat to get in touch with new prospects?”  It’s a good question.  Whether you’re pursuing new leads or trying to get in touch with a decision maker, there are barriers to getting through that haven’t existed before.  As a consequence, your prospecting tactics have to change. 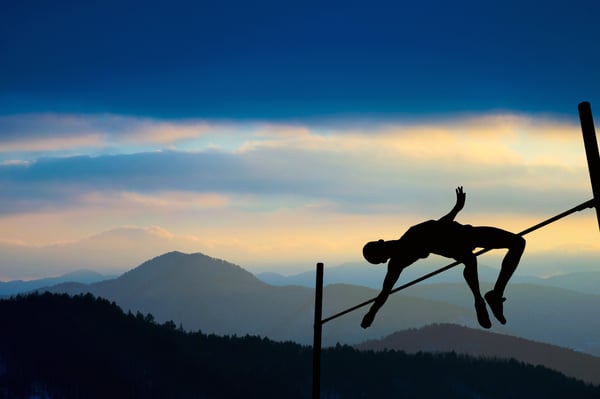 A colleague of mine suggested that direct mail has helped him get in touch with people.  He told me, “Email has become so difficult with separate inboxes, spam filters and so on that you get lost in the shuffle.  There’s too much bloat!”  His argument was that snail mail was more effective than ever because it’s unusual to receive something that way.  He also noted that if you really want to capture someone's attention, you might want to try something tactile that arouses their curiosity.  When they receive the mailing there could be something they can feel through the envelope like a decal, a magnet, a coin or an enamel pin.

Since in-person selling isn’t an option, making phone calls are more of a necessity, but even then, there can be surprising security measures!  You could end up dealing with fifteen different receptionists working on fifteen different properties.  It can seem a little impersonal, like visiting a heavily guarded military compound instead of a business.

I’ve also spoken a lot about making a cold call warm, mainly through researching the person you’re calling before reaching out.  If you’re trying to get in touch with a decision-maker, you need to put yourself in their shoes.  Just asking yourself these basic questions will help you tailor your message and grab their attention:

There are still other ways to negotiate an “in.”  Personally one of my favorite ways to get in touch is through LinkedIn.  In my experience is people tend to look at their InMail a lot more than email.  The inboxes aren’t as overwhelming and the recipients will know it’s strictly business.