Overcoming the “We Don’t Have the Money” Objection

Most prospects are spending money on an overly large utility bill when they could be making principal and interest payments on new equipment that would save the difference and more.  Nevertheless, you’ll hear the same objection, “We don’t have the money.” 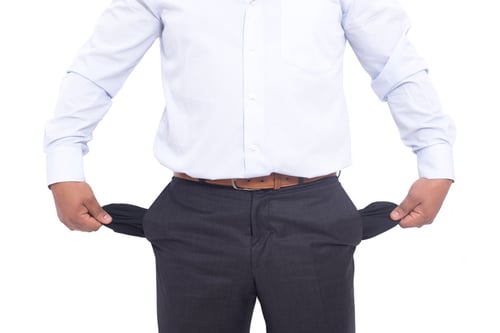 Here’s how I’d outline it for them.  Replacing their current inefficient equipment would not only save them money, but also ensure they wouldn’t have maintenance or reliability issues with what they’re currently using.  It would increase the comfort and convenience of their environment and likely deliver other benefits as well.

Another analogy I use is: “Let’s say we could eliminate a $500 slice of your monthly utility bill by implementing an energy efficiency upgrade.  Repurposing that same $500 a month to principal and interest payments, you could borrow 100% of the cost of this upgrade today and have it fully paid for in ‘x’ months.

“If you decide to ignore this compelling economic reality and continue wasting $500 per month in an unnecessarily large utility bill, it would be the equivalent of going to a car dealership and taking home the monthly car payment book without actually taking possession of the car.”

This situation is no different than what all too many building owners are doing these days: paying the equivalent of a car payment – in this case, the wasted portion of the monthly utility bill – without getting the benefit of new equipment.

Once you frame it that way, it’s hard for the prospect to forget how absurd it would be to stick with the status quo. Most people know what a payment book looks like and know how ridiculous they would feel if they were making payments on a car they never actually drove home.  When they’re back in their office the next day, their wheels will start turning: “I have these old light fixtures.  Some of the lenses are broken.  They’re inefficient.  They’re wasting my money.  I’ve got an air-conditioning system I can’t control because I never invested in HVAC maintenance.  I’ve got glare problems with the south and west-facing sides of my building,” and so on.

From there the solution will seem pretty straightforward.  They could repurpose currently wasted dollars to pay the debt service on brand-new equipment, all while paying no more than what they’re currently paying their utility.

That is a very powerful closing tactic.  Once you get people to understand their losses and potential gains, it becomes an emotional decision.  You’ll see prospects reevaluating their situation and saying, “I’ve never thought of it that way.”  It’s some of the most astute reframing you can use for an efficiency decision.

And by the way, in situations where the payback period is less than a year, it begs the question, “Have you thought about what happens if you don’t proceed with this investment? Let’s assume the upgrade will pay for itself in the first six months. If you don’t do the upgrade now, over the course of the next year you’ll still wind up paying for the investment – twice, in fact! – and still not have the energy-saving equipment installed!”