At some point, all of us have dealt with (or will deal with) a character I call “The Killjoy.”  This person may be found on a board, budgeting committee or similar group of people assembled for negotiations.  Some people call them the “Doubting Thomas;” however, I call this persona “The Killjoy” because they likely don’t believe in energy efficiency or have had a bad experience with it in the past. 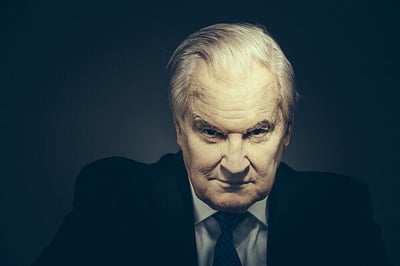 Examples are plentiful.  If you say you’re going to spend ____ amount of money, you’ll hear them say, “Oh boy, here’s another one of these boondoggles.”  If you say you’re thinking of spending $_____ per foot of lighting or $____ per controls.  They’ll say something like, “I’m not a big fan of controls, but I’ll leave the $_____ for lighting.”

It’s imperative that The Killjoy feels as if they’re in charge.  One way to make them feel at ease is offering a variety of choices to compare.  Present them like a Lazy Susan on the table or a buffet.  Tell them, “These are the kind of things you could do in your building, none of which have been done so far.  Your ENERGY STAR® score is suffering.  These are your potential solutions.”

You can also use studies to back you up.  Most of the time solid facts are more difficult for The Killjoy to argue with.  For example, you could say, “There are no less than half-dozen studies in the last decade that have proven that if you have an ENERGY STAR label affixed to a US commercial office building, you’re likely to see higher rent per square foot, higher occupancy, and a higher sales price per square foot.”  Of course, back up your claims.  Make sure you have materials on hand for their perusal in case they ask.  It’s a sign of preparation and a testimonial of your transparency.

Ultimately, your best bet is to make the benefits real for The Killjoy.  In my experience, “money talks and environmental concerns walk” with The Killjoy, but it might be something else.  Like any of the other players, it’s important to know their motivations and what their pain points are.  Patience and preparation are key here.  The most cynical person in the group is often the most sensitive, so proceed with caution.  Effectively addressing The Killjoy takes effort; however, that effort is well worth it if it allows you to avoid The Killjoy’s veto.