Not for Yourself, But Others 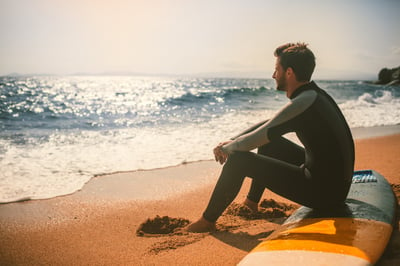 In Australia, there is a company called SAMS, which stands for Shark Attack Mitigation Systems.  They create wetsuits that are designed to protect divers and surfers from a potential shark attack.  The designs are created with the assistance of scientists and shark experts, ensuring a user’s personal safety.

Based on these facts alone, would you be interested in purchasing their product?

This is a prime example of a product making money based on an emotion.  I discuss this often in our workshops.  Given that most people make emotional decisions and then justify them financially, the efficiency sales professional’s goal is to discover what emotional triggers are powerful enough to motivate a given project’s approval.

So the question is, how can you make an energy efficiency project as emotionally compelling as purchasing a shark-deterring wetsuit?  You’ll find plenty of answers to this question and a lot more like them in All About Them, which profiles companies that are successful not because they’re looking out for themselves, but because they are looking out for the needs of their customers.  With examples as varied as Toyota, Apple, Bacardi and Domino’s, it’s a crash course on how to hang your success on serving others, not the other way around.

“The best companies and most successful salespeople live by a three-word mantra – ‘all about them’ – because when they relentlessly focus their brand on their customers instead of themselves, their businesses flourish.  All About Them shows readers how to use this simple but extremely powerful influencing technique.  Bruce Turkel, who has advised some of the world's greatest companies, including American Express and Bacardi, lays the groundwork by relating his personal journey of discovery to the "All About Them" principle.  He goes on to explore our technology-driven, hyper-connected culture; the power of storytelling (and story-selling); brand authenticity and transparency; and more.”