Making Smarter Decisions When You Don't Have All the Facts

A study of executive decision-making behavior several years back found that the average CEO made 139 decisions in the average week, and that more than half of those decisions were made in nine minutes or less. Regardless of whether the stakes are high or low, these higher-ups need to process large amounts of information, weigh their choices and use their gut instincts literally in minutes. 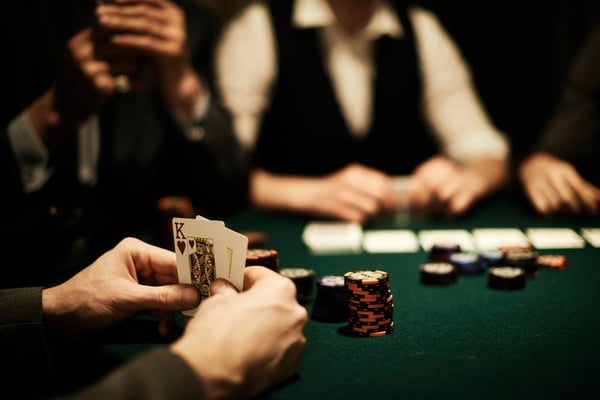 If you’re in the energy industry, you might already know this.  But what about the decisions you’re making, whether at home or on the job?  Are you weighing them with as much consideration and seriousness, regardless of your job title or time?

In Annie Duke’s Thinking in Bets: Making Smarter Decisions When You Don't Have All the Facts, these decision-making processes are likened to a game of poker. The author is more than qualified to make this connection.  Duke is a World Series of Poker champion, and through her 20+ years of experience she has developed a deep understanding of making split-second choices that determine whether you’re in or out of the game.

Weighing the factors of luck, self-perception and our beliefs is paramount to understanding decisions.  Duke lays out her findings on how we often use our biases, feedback and instant gratification to frame our decisions, which can make our business ventures disastrous.  Is there a better way to tune ourselves toward having better instincts?  If such a thing is possible, then Duke may be providing the closest we can get to an expert opinion.

“In Super Bowl XLIX, Seahawks coach Pete Carroll made one of the most controversial calls in football history: With 26 seconds remaining, and trailing by four at the Patriots' one-yard line, he called for a pass instead of a hand off to his star running back. The pass was intercepted and the Seahawks lost. Critics called it the dumbest play in history. But was the call really that bad? Or did Carroll actually make a great move that was ruined by bad luck?

“Even the best decision doesn't yield the best outcome every time. There's always an element of luck that you can't control, and there is always information that is hidden from view. So, the key to long-term success (and avoiding worrying yourself to death) is to think in bets: How sure am I? What are the possible ways things could turn out? What decision has the highest odds of success? Did I land in the unlucky 10% on the strategy that works 90% of the time? Or is my success attributable to dumb luck rather than great decision making?

“Annie Duke, a former World Series of Poker champion turned business consultant, draws on examples from business, sports, politics, and (of course) poker to share tools anyone can use to embrace uncertainty and make better decisions. For most people, it's difficult to say, ‘I'm not sure’ in a world that values and even rewards the appearance of certainty. But professional poker players are comfortable with the fact that great decisions don't always lead to great outcomes and bad decisions don't always lead to bad outcomes.

“By shifting your thinking from a need for certainty to a goal of accurately assessing what you know and what you don't, you'll be less vulnerable to reactive emotions, knee-jerk biases, and destructive habits in your decision making. You'll become more confident, calm, compassionate and successful in the long run.”