Why do successful companies fail?  Over the past fifteen years the lifespans of companies are shrinking, even if they’re household names and seemingly unstoppable.  The failures and shuttering of companies like Sears and Polaroid are examples of shifts in the marketplace.  To the unsophisticated observer, these changes seem unforeseeable. 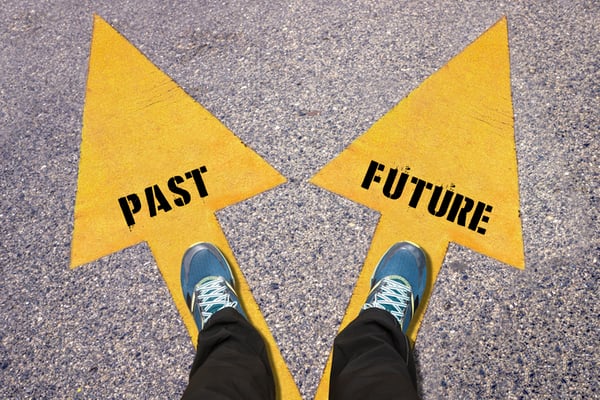 But are they?  There is a lot of food for thought in Charles O’Reilly and Michael Tushman’s Lead and Disrupt, which examines this phenomenon from the inside out.  The tendency for larger companies to rest on their laurels and stick to what works ultimately gets them into trouble.  In some cases, “if it isn’t broke, don’t fix it” might be good advice.  However, one can cite many other cases where such an ossified approach to management may be akin to refusing the life preserver that keeps you afloat.

O’Reilly and Tushman argue that the most successful companies survive because of their adaptability to changing technology and customer demand.  A stellar example is GKN, which started as a coal mine before moving on to produce iron, then metal fasteners (bolts, screws & nuts) and eventually aircraft and auto parts.  What would have happened if the company had insisted on sticking with coal mining?  In all likelihood, it would have been another casualty among thousands.

Alvin Toffler once remarked, “The illiterate of the 21st century will not be those who cannot read and write, but those who cannot learn, unlearn and relearn.” Lead and Disrupt contains a number of case studies exploring “ambidexterity,” the authors’ term for a company keeping one foot in the past (what works) and one in the future (exploring innovation).  The subtitle of the book is “the innovator’s dilemma,” which describes this balancing act.  Whether you’re in a leadership position or in the trenches, understanding this kind of adaptability is a must.

“In the past few years, a number of well-known firms have failed; think of Blockbuster, Kodak or RadioShack.  When we read about their demise, it often seems inevitable—a natural part of ‘creative destruction.’  But closer examination reveals a disturbing truth: Companies large and small are shuttering more quickly than ever.  What does it take to buck this trend?

“The simple answer is: ambidexterity.  Firms must remain competitive in their core markets, while also winning in new domains.  Innovation guru Clayton M. Christensen has been pessimistic about whether established companies can prevail in the face of disruption, but Charles A. O'Reilly III and Michael L. Tushman know they can!  The authors explain how shrewd organizations have used an ambidextrous approach to solve their own innovator's dilemma.  They contrast these luminaries with companies which—often trapped by their own successes—have been unable to adapt and grow.

“Drawing on a vast research program and over a decade of helping companies to innovate, the authors present a set of practices to guide firms as they adopt ambidexterity.  Top-down and bottom-up leaders are key to this process—a fact too often overlooked in the heated debate about innovation.  But not in this case.  Readers will come away with a new understanding of how to improve their existing businesses through efficiency, control, and incremental change, while also seizing new markets where flexibility, autonomy, and experimentation rule the day.”