How to Discuss Recommissioning Effectively

I was recently asked for advice about how to sell recommissioning services more effectively. First, a definition of terms: “commissioning” is making sure all of the systems in a building are operating in accordance with design intent. And since everything in the universe tends toward disorganization, you should really recommission a building periodically to ensure that all energy-consuming systems are operating in accordance with the current space use and occupancy. If a building was never commissioned, then you would retrocommission it, which is short for “retroactive commissioning.” 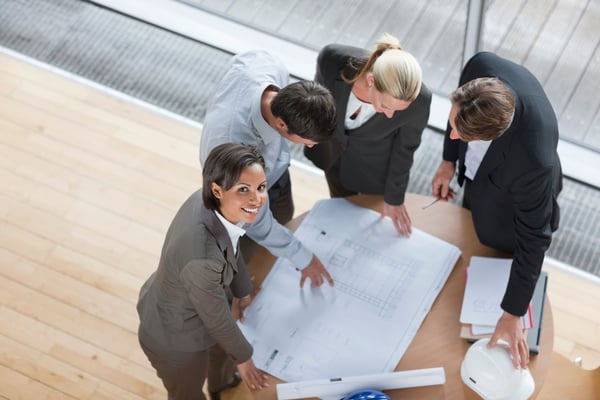 Building systems are typically complex. Getting multiple energy, fire and life safety systems to work well together is an exercise in both art and science. Here’s an example of that reality at work:

Several years ago, there was a city hall in Northern California who challenged their neighboring cities to a benchmarking exercise. Long story short: it didn't go well. Two of the neighboring communities got qualifying ENERGY STAR® scores while the city that threw down the gauntlet got a score of 43, which is far lower than the score of 75 required to snag an ENERGY STAR. To say the least, it was embarrassing to the city’s energy manager who had created the contest. Perhaps even more embarrassing was the fact that the building was only five years old! The energy manager immediately summoned the city’s engineer to do a bit of sleuthing.

It wasn’t long before the source of the problem was discovered. The building’s original plans included a small data center that was so small, it was almost immediately outgrown. The city’s data director had taken it upon himself to install a rack of blade servers in his own office (which was next to the actual data center), and unfortunately, he placed said expansion data rack right up against a thermostat that regulated the temperature of the entire floor. Since the thermostat was sensing all of the ambient heat of the server rack, it was overcooling the entire floor, which led to all sorts of other downstream thermal issues and energy waste.

Once the city’s engineer and energy manager retroactively benchmarked the building, they discovered that even though it had been designed to be a LEED®-certified building, the highest the building had ever scored on the ENERGY STAR Portfolio Manager tool was a 50. Even worse, over the next few years, the score had fallen to 43 – hardly ENERGY STAR Building Label territory.

How could this have possibly happened? Simply put, although the design was efficient enough for one to predict that the building would qualify for both LEED and ENERGY STAR, there was no commissioning agent to ensure that the building was actually constructed and operated in accordance with that design intent.

There were plenty of other symptoms of this lack of commissioning. For example, once the thermostat was moved from the data center director’s office to someone else on that same floor, they were left with the challenge of delivering sufficient cooling to that room since the server rack was still generating excess heat there. Alas, they discovered that there was a “spare” 6-ton rooftop HVAC unit on the roof almost directly above the director’s office that had never been energized. The heating and the cooling problem had been solvable all along without purchasing any new equipment.

A story like this is both memorable and worth repeating to others. So, if you’re talking about commissioning or recommissioning with a customer, you can use this vivid example to illustrate a point. By the way, while commissioning (and recommissioning periodically) can be incredibly beneficial, continuous recommissioning can be both illuminating and preventative, especially knowing that all systems eventually succumb to entropy.