When you’re talking to the C-suite you need to be aware of who they are and the reasons they get up in the morning.  For example, think of a CEO.  Who hires them?  A board of directors.  Why are they hired?  Leadership, sure.  However, they are also hired to organize and manage a company while making it more valuable. 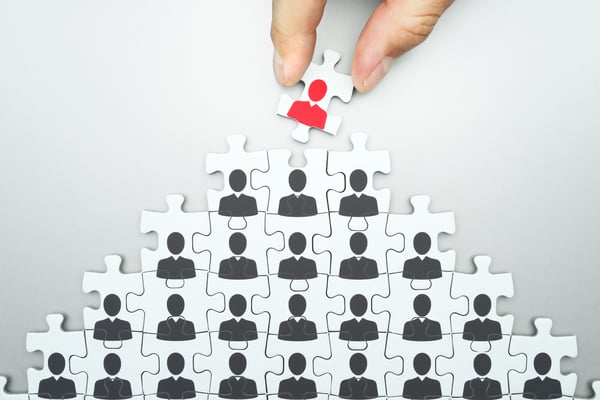 Now think of applying that to an upcoming conversation with a CEO.  If you don’t address the specifics of their job, you might as well be off-topic and they’ll begin to think, “Why did this person get an appointment with me?”

These concepts apply to the entire C-suite.  I once had an interesting conversation with a prominent CFO based in the UK.  I asked him, “What do you think about when a person comes in to give you a pitch?”

He replied, “Well, first of all, I have my secretary tell the vendor that he has fifteen minutes on my calendar, even though I really have half an hour.  The vendor thinks he has that full fifteen minutes, but if he doesn’t hit one of the big points—risk or reward—in the first two or three minutes, then I’m going to start thinking about where I’m going to take my daughter to lunch.”

He continued.  “Now, let’s say he hits risk.  Two other questions come to my mind.  First, how many other people know about this?  And second, how fast can we make this problem go away?  At that point, he’s got my undivided attention and I’m going to interrogate him because risk is an important thing to our company.  If he begins getting into the technical stuff, when his fifteen minutes are up I’ll say, ‘Okay, thanks for coming’ and that’s it.  I’ll use the next fifteen minutes to catch up on other things.  End of story.”

Think of this as a prime example of how someone in the C-suite views your time with them.  Their bandwidth is limited, and they have to make major decisions on an average of nine minutes or less.  So, do your homework and remember what is driving the bus.  If you don’t hit a C-suite’s “point” within those first few minutes, what are the chances you’ll succeed?