From Flush to Fish!

Given that today is Earth Day, I’d like to share the story of how I migrated my career from commercial real estate to a path that took me to where I am today. 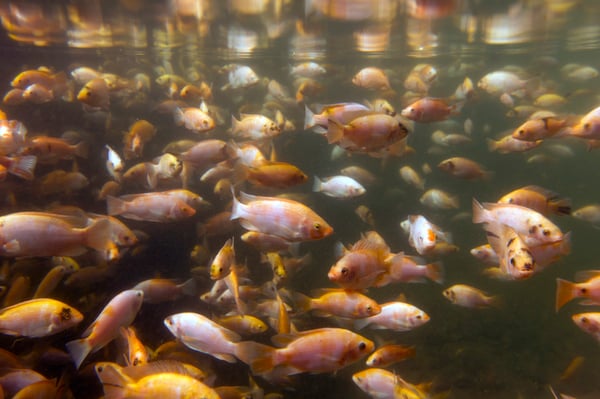 The year was 1990, the 20th Anniversary of what is now known the world over as Earth Day. That year, Urban Ecology, an environmental group founded by Richard Register hosted an event called, The First International Eco-City Conference in Berkeley, California.

At the time, I was part of an executive team with a portfolio of nearly $200 million in shopping centers in Southern California. Over the preceding two or three years, I had become interested in the environmental movement, so when I learned that 3,000 people from all over the world would be convening in Berkeley to compare best practices on how to make our cities more sustainable, I told my partners that I would be spending a four-day weekend there to see what I could learn.

I heard many interesting and inspiring stories that weekend. The most inspiring by far was told by an East German delegation. Apparently, they had been able to take their entire apartment block “off the grid,” which I initially assumed meant “off the power grid.” As they continued speaking, they shared that they had also taken themselves off the water/sewer grid with the help of a patented technology that they had licensed from John Todd of the New Alchemy Institute in Cape Cod.

Over the next half-hour or so they described how they were able to take their entire complex’s black water (if you don’t know what that is, look it up!), pump it into the basement (presumably with Pump #2!), and gradually pass it through a series of nine large tanks of water. Each tank contained successively larger species of aquatic flora and fauna.  At the end of the nine-tank run, out emerged fresh drinking water and fully grown tilapia fish, which they then sold at the local farmer’s market to raise a little extra money for the apartment block.

The moment I heard this story, my whole world went wiggly. At the time, my partners and I were basically living a Joni Mitchell song (“Pave Paradise, Put Up a Parking Lot!”) in Los Angeles. These East Germans were living in an urban setting just as I was, but their spin on living in harmony with their community was totally different than anything I had personally experienced in Southern California.

Long story short, after that weekend I returned to Los Angeles a changed man. I told my partners that I would do one more shopping center with them, after which I’d retire and reboot my career to pursue objectives that were a bit more sustainable than “malling” America.

Over the last two and a half decades of successfully pursuing that new career, I’ve had the privilege of interacting with the energy decision-making of more than three billion square feet of North American real estate.   The insights gleaned during that time form the backbone of many of the workshops we teach today on selling energy solutions more effectively.

I received an email from one of our graduates asking what advice I’d have for young people who are still trying to figure out what they want to do when they grow up… or grown-ups who are now realizing that what they thought they wanted to do when they grew up has turned out to be a lot less fulfilling than expected.

Reflecting on the story of that Earth Day way back in 1990, I have half a dozen tips for those folks:

In closing, let me suggest to any young adult who is passionate about making the world a better place that pursuing a career in professional sales, and then focusing that career on a solutions provider that advances sustainability, could very well be the best thing you could do to achieve your social, environmental and economic goals.

And for all of those professionals seeking to transition to a more interesting and promising career path, realize that the energy industry is a growth industry, and that personally putting your shoulder to the wheel effectively selling the bounty of commercially available solutions that are out there is one of the best ways to participate in advancing that industry (and your personal net worth).

We feel so strongly about the power of energy-focused professional selling that we’re happy to give a free Audiobook version of our Wall Street Journal bestseller, Selling Energy: Inspiring Ideas That Get More Projects Approved! to anyone who asks.  Just visit here to claim your free audiobook. And by the way, if you have a son or daughter (or a friend or colleague) in need of a bit of career direction, please feel free to forward this blog so that they too can benefit from this offer.

In the words of Anthony Robbins, the famous motivational coach and speaker, most people spend more time planning a two-week summer vacation than planning their lives.  If you’re serious about leveraging your interests and skills to create true value in the energy field – a field where the workforce is typically long on passion and short on communication skills – then take the time to download a copy of this book and read it. As was the case with me, a decision you make today on Earth Day might just change your life.