Focus on Your Customer’s Story 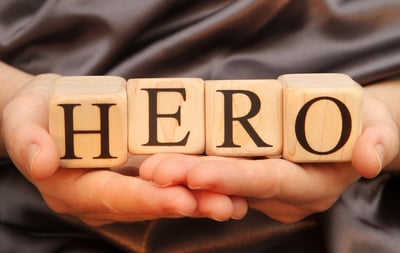 A few years ago, I was teaching the Efficiency Sales Professional Boot Camp and a gentleman, who we’ll call Jack, came up to me and told me that he was having difficulty getting church leaders to focus on energy efficiency as a key driver of decision-making. One pastor told him he had his hands full trying to keep a congregation attracted to the church and trying to raise enough money to feed and clothe the needy.

Jack told me, "It was kind of demoralizing because I would have thought that the church’s commitment to being ‘stewards of the Earth’ would have been enough of a driver to get some of these congregational leaders to at least listen to me.” So, I asked him, “What do you typically tell church leaders when you first approach?" He said, “I tell them that if they do this efficiency project, they’re going to save a bunch of money on their utility bills." I said, "What's a ‘bunch’ of money?" He replied, "A few hundred… in some cases, even a thousand dollars or more a month."

It became clear that Jack was not framing the utility cost savings in a way that was resonating with the church leaders. How could he have reframed the benefits of his project? Hypothetically, Jack could have asked the pastor a question like, "What does the average congregant bring in a collection envelope or put in the collection plate when he or she comes to church?"

Let’s keep it simple and assume that a given church averages about 1,000 congregants each month, each of whom donates $10. If the church could save $1,000/month on its utility bill, it would be the equivalent of having a 10% larger congregation… 100 more people in the pews every month each giving $10.

Now Jack could ask the pastor, “What does this congregation stand for?” Maybe they’re most interested in giving back to the community by feeding the poor. He could then ask, “What does it cost to feed the poor?” Perhaps it’s $5 per person per day. Now, if the church could save $1,000 in utility bills, money that they would no longer be wasting on the unnecessary combustion of fossil fuels, they would have an extra $1,000 in their coffers to fulfill their mission. That equates to no less than 200 five-dollar meals for those in need.

Jack could even kick it up a notch by telling the pastor that he could do the church’s upgrades first and then share the results of the efficiency project with his congregation, asking them to duplicate the church’s efforts. If everybody in the congregation made their homes and businesses more efficient, they could take a portion of their utility cost savings and give it back to the church. If everybody in the congregation did that, they could communally raise countless thousands of extra dollars that could feed a multitude of needy folks.