Connecting the Dots to Seal the Deal

In today’s blog, I have a few stories about the power of the connecting the dots, courtesy of some colleagues of mine. 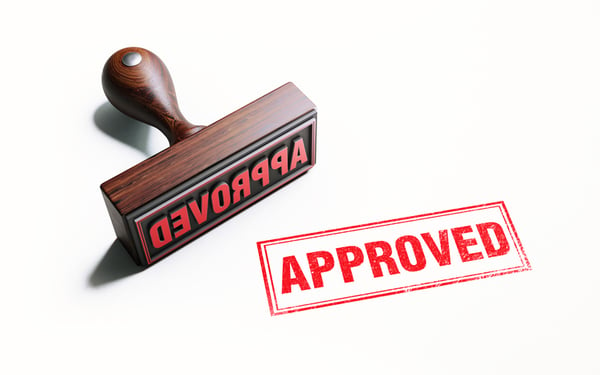 The first story shared with me is short and to the point.  It came from a student who was trying to sell an energy efficiency retrofit to a hotel chain.  He took to heart what we had talked about: equating the expected energy savings to the net margin of the hotel industry.  He basically took the energy savings divided by the net margin and converted it to the number of hotel rooms that that hotel would have to have available to rent.  As a result, he managed to sell the deal pretty quickly.

The second is about a colleague who was going after a big piece of business involving a major lighting retrofit for over 300 locations.  In order to do this, he and his boss had to pitch to a Fortune 500 company, which the typical salesperson would find to be pretty intimidating.

His boss said, "Well, you're not going to go in there with just one page, are you?" He said, "I absolutely am."  His boss was incredulous, but he trusted his top producer.  He said, "Okay. Let's do this, but let's have the 3-ring binder with all of the details in the trunk of the rental car as a standby."

Sure enough, they were summoned to do their pitch at the prospect’s headquarters office.  It turns out that all of the other presenters had already gone, so this one-page-wonder was the last bidder to present.  He told me, "I admit that when I went into the room, several of the people around the table were looking quizzically at me.  Several of them held up the single sheet of paper and said, 'Is this all we get? It's more than a $100-million job.'"

His answer was very simple.  It's an answer that I would recommend all of my students give in a similar situation.  He said, "If you don't agree with what's on this piece of paper, you don't agree with our philosophy, and it doesn’t matter what we’ve written in the 3-ring binders that are in the trunk of the rental car downstairs in your parking lot.  On the other hand, if you do agree with what's on this piece of paper, then what's in those binders will be just a formality."

Long story short, after a nice meeting and a very productive conversation, they ended up prevailing. If that's not a testimony for how effective the one-page proposal can be, I don't know what is.

The third story is from a gentleman who shared an experience leveraging the concept of cap-ex cost recovery to prevail.  He talked about meeting with a commercial real estate company interested in implementing a million-dollar chiller upgrade. When the property manager saw the figures, he threw his hands in the air and said, "There's no way we could do this.  The tenants pay the electric bills.  We would see no return.  Why are we even talking about this?"

Fortunately, this colleague had graduated from one of our financial analysis courses and knew a thing or two about how leases allocate energy expenses.  He said, "I understand what you’re saying.  Before we go much further though, may I please see a copy of your model lease?  The reason I ask is that a lot of the landlords that we work with have what's called ‘capital expense cost recovery’ provisions in their leases. If that is your situation, you could probably recover the cost of this entire retrofit from the tenants as you help them repurpose dollars they’re already paying you to cover unnecessarily high electric bills.  After all, they'd be happy to have a new HVAC system.  It would give them more comfort and reliability.  And once the system pays for itself through utility savings, their CAM (common area maintenance) charges would drop.  Assuming you have this provision in your model lease, you could essentially claw back the savings you’d be generating with the new HVAC system by charging your tenants ‘additional rent’ until the cost of the new HVAC system is fully recovered.  Make sense?"

They pulled out the lease, and much to management's surprise, they found that sure enough, the clause was there.  It was tucked away in the definition of Operating Expenses.  The company wound up doing the retrofit because in light of this new development, it became apparent that doing so would be a “win-win” for all parties involved.