Knowing your particular niche is essential. In our trainings we often refer to Michael Porter’s arsenal of competitive advantage, which provides a template that helps you determine in what ways you might excel in your field. Where do you excel? What is your specialty? What do you have to offer that your competitors don’t? 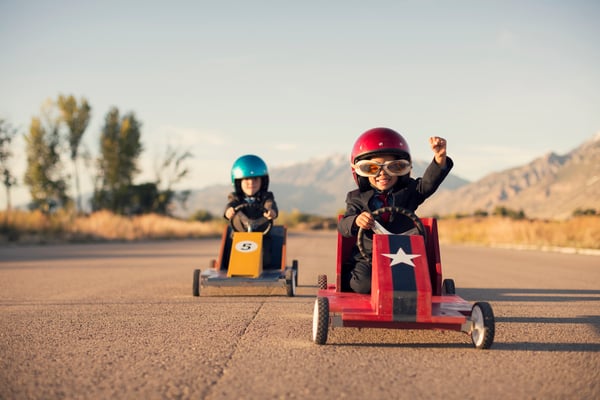 When I started my sales training career ten years ago so that I could share what I had learned over the previous three decades, I knew there were plenty of other sales trainers out there; however, I had tremendous expertise in selling energy solutions. After all, by that time I had influenced energy efficiency decision making across 3 billion square feet of real estate. There were plenty of other training programs like Sandler, Miller Heiman, Dale Carnegie, each which had merit. However, they didn’t specialize in what I knew. I knew we would quickly become the “go to” company for energy solutions sales because I had taken the time to study my competitive advantage.

To be clear, you really don’t need to have a revolutionary product or service to have a compelling competitive advantage. I’ll give you an example. When I was in the shopping center business in the Eighties, I there was a man named Nick Andrisano. As a sideline to an already successful restaurant career, he decided to start a chain of Ameci Pizza restaurants. The first one was about 900 square feet with 11 employees working side-by-side... rolling dough, making boxes, taking orders, baking pizzas – the whole nine yards. These little pizza shops became a fixture in virtually every one of our strip shopping centers – I understand they now have 40 locations in Southern California! Given how busy they always seemed to be, when I heard through the grape vine that they were making a quarter-million dollars per store per year, I believed it.

I did begin to wonder, “How did this guy build such a prolific pizzeria empire when God knows there’s no shortage of pizza vendors in LA?” Well, for one thing the quality of the pie was great. The kids he hired were really friendly. The price was just right. The premises were clean. The service was fast. All in all, he had these slight competitive advantages over other slapdash pizza places, and sure enough, taken together they helped create a pizza empire!

When his son graduated from college, he joined his father’s business. I understand one of his classmates asked him, “You just graduated from one of the best universities in the country... Why in the world are you working at your dad’s pizza place?” He replied, “Because I want to drive a Ferrari before I’m twenty-five.”

That’s a lesson from 30+ years ago, but it proves that although you might be in the most mundane business, you’re going to be in great shape if you do it even just a little bit better.

Another case in point: I recently had a conversation with one of our Selling Energy Boot Camp alumni, whose business is down about 30% in the wake of the pandemic and recession. He is in the HVAC installation and service contract business, specializing in commercial real estate. I reminded him to focus on his competitive advantage then asked, “How could you shake things up?”

After some back and forth I introduced the idea of using Streem, which utilizes augmented reality that a customer can use on their phone, tablet or laptop. They walk around the space you need to evaluate. You stay in your office and “drive” the tour using finger gestures on your screen that then appear on your prospect’s device... directing them where to zoom in and get a closer look, for example. You can tour the space with them without putting anyone’s health at risk. It’s an excellent way of performing remote diagnostics. Now, imagine if you’re the only one in your field using that technology to perform remote HVAC diagnostics. Wouldn’t that give you an advantage? At the very least, it would be a start.

Sometimes all it takes is a nudge, something new that your competitors don’t offer. In the HVAC maintenance contract example above, you could get multiple eyes on a problem because you’re seeing it, the customer is seeing it, and it’s even recorded for later reference. This type of remote HVAC inspection could reveal the shortcomings of their current HVAC maintenance contractor, which might be enough to motivate the client to fire them and hire you instead! Our alum thought it was a great idea, and honestly, if I were in his shoes, I’d be experimenting with that application ASAP.