A Map to Guide the Way

One of the most valuable things you can do before approaching a new organization with a proposal is to determine exactly what you should say to each stakeholder and in what order you should approach them – perhaps most importantly who should be approached first. This is particularly vital when you’re working with large organizations and complex sales. So how do you determine which players are going to help your project get approved? You create what I call an “influencer map.” 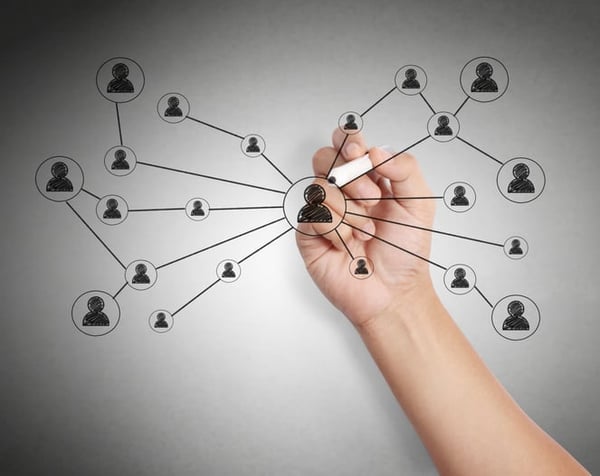 I was doing a training session for a large client a few years ago, and I did the influencer map exercise with a group of salespeople who specialized in selling energy efficiency in the local government sector. I split the twenty-person audience into four groups of five.  I gave each group a blank flip pad and a Sharpie along with the following directions: "Choose an energy-saving project that you’ve successfully completed. Now draw a bubble for each influencer in that project’s decision-making chain.  I want you to draw every person who had something to do with it, whether or not energy efficiency should happen in their jurisdiction, and what their respective role was (e.g., technical director, budget director, finance director, mayor, and so forth).  Next to each name, write what their core values and concerns were. Then connect these people on the chart with solid or dotted lines based upon how influential you think they were on others in the chain."

Three things impressed me about that flip chart exercise. First, no one wrote anything on the flip charts for at least 15 minutes, which suggested to me that they had never done this exercise before.  Second, once they had completed the exercise, the drawings were totally convoluted, which I guess is not surprising given that they were diagramming complicated municipal environments where you have plenty of different stakeholders weighing in – everybody from the public interest advocates to the city council to the mayor to the sustainability director. Third, this exercise made it obvious to everyone present that if people wanted to be more successful in selling energy efficiency in these settings, they would have to be more strategic. They had to create a map that would show that if you were to hit one particular domino, the rest of the dominoes down the line would likely fall; or, that if you were to hit this other domino, nothing would likely happen, so you would be wasting your time.

If you haven’t already experimented with influencer maps, I highly recommend doing so. You’ll be surprised at how effective such a simple exercise can be in turbocharging your sales.