A Journey from Corner Store to Corner Office 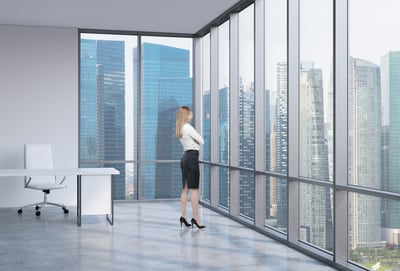 Long-time readers of this blog know that I’m a firm believer in the power of goal setting. I’ve used goals throughout my entire career, and they’ve helped me achieve success every step of the way. Through experience, I can confidently say that you need to be setting goals that are above and beyond what your logical mind tells you are achievable. These “reach” goals – when pursued with an action plan in place – push you to greatness.

So how do you execute an outsized goal? According to Bill McDermott in his book, Winners Dream: A Journey from Corner Store to Corner Office, teamwork is key. A leader should inspire his or her team and instill a sense of purpose as they work toward what may seem like an unachievable goal. This inspiration and purpose come from kindness and coaching on the part of the leader, not from fear of failure.

I recommend this book to anyone who needs some guidance on how to make “reach” goals reality.

Here’s a summary from Amazon Books:

“A leadership and career manifesto told through the narrative of one of today’s most inspiring, admired, and successful global leaders.

“Growing up in working-class Long Island, a sixteen-year-old Bill traded three hourly wage jobs to buy a small deli, which he ran by instinctively applying ideas that would be the seeds for his future success. After paying for and graduating college, Bill talked his way into a job selling copiers door-to-door for Xerox, where he went on to rank number one in every sales position he held and eventually became the company’s youngest-ever corporate officer. Eventually, Bill left Xerox and in 2002 became the unlikely president of SAP’s flailing American business unit. There, he injected enthusiasm and accountability into the demoralized culture by scaling his deli, sales, and management strategies. In 2010, Bill was named co-CEO, and in May 2014 he will become SAP’s sole, and first non-European, CEO.

“Colorful and fast-paced, Bill’s anecdotes contain effective takeaways: gutsy career moves; empathetic sales strategies; incentives that yield exceptional team performance; and proof of the competitive advantages of optimism and hard work. At the heart of Bill’s story is a blueprint for success and the knowledge that the real dream is the journey, not a preconceived destination.”