7 Tips for Hosting a Successful Webinar

As a subject matter expert and teacher, I’ve been hosting webinars for many, many years. Now that they have become a necessity due to social distancing, allow me to share some of the tips that will make your webinars more impactful. 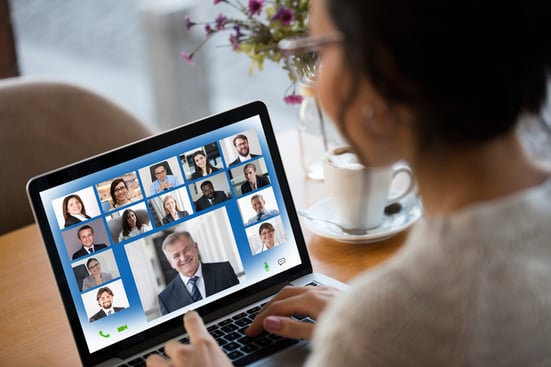 1) Make sure your webinar is viewed as being essential and a “must see.” This first step is making sure the title of your webinar and its contents grab attention and draw people in. Doing so is vital because you’ll be competing with countless others vying for your viewers’ attention.

One thing that remote selling hasn’t changed is how busy we are. As much as prospects are staying at home and believe they have extra time because they aren’t commuting, there’s still a plethora of things to do. No matter what, you need to make your webinar compelling enough to attend. If it isn’t, it will get lost in the shuffle. Since your prospects’ To Do lists are already fully populated, your value proposition has to be compelling enough to cause someone to replace one of their existing To Do items with a reminder to attend your event.

2) Keep the webinar short. In my experience, I’ve discovered the ideal length is 45 minutes followed by 15 minutes for a Q&A. If it’s shorter, people may assume it won’t dive deeply enough into the topic to be worth attending. If it’s much longer, they risk getting bored or losing control of too much of their workday.

As an aside, allowing time for questions promises the opportunity to interact directly with the instructor and ensures that attendees understand the material. Not every presenter provides that option, so it’s a definite asset that will set you apart. And you needn’t worry about leaving too much time for questions. If your audience doesn’t step up with questions, you could always say, “One of the questions I typically hear is...” or “I’m surprised no one wanted to know...” Doing so ensures that you make the most of the time you’ve been given to present, even if your audience doesn’t take full advantage of the Q&A opportunity that you’ve generously offered.

I would argue that whether people attend during the allotted time or not, a recording of the webinar should be made available to them to watch at their leisure. Maybe something else came up and they weren’t able to see it live. Maybe they were interrupted by a phone call or a family emergency. Why should they be prevented from experiencing what they had clearly shown an interest in (and in some cases paid for) when they registered? Moreover, I find that telling attendees that they’ll get access to a recorded version of the webinar gives them the luxury of sitting back and enjoying the presentation rather than risking carpal tunnel syndrome frantically taking notes while I’m speaking.

One of the most effective tactics I’ve seen is titling webinars with something like, “10 Pitfalls That Cost You Money This Year.” With a significant recession as the backdrop, lots of folks are now grasping at straws trying to figure out how they’re going to pivot their businesses and regain their financial footing. Another example: a colleague of mine recently hosted a webinar about UV-C germicidal lighting, which is a hot topic given the pandemic. Why would you pass up a webinar about a technology that passively kills bacteria and viruses? Most people are clamoring for new ways to keep their employees and customers safe as businesses, schools, and other facilities continue to reopen.

5) Why not a webinar series? Doing a one-and-done this year would be a waste. If you’re perennially visible, you’ll get more clients and build loyalty. You’ll constantly be in front of your customers.

That said I wouldn’t overwhelm attendees by doing them too often, especially given the prevalence of Zoom fatigue and seemingly endless conference calls. Pick a series length that makes sense. And be sure to offer recorded versions of each installment to accommodate folks whose schedules prevent them from attending on the same day at the same time over multiple weeks. Doing so also helps folks who become aware of your webinar series midstream to catch up with your other learners.

7) Prepare, prepare, prepare. Make sure you have a platform that will accommodate the number of virtual seats you’re offering. The basic GoToMeeting license plan is limited to about 25 participants, but you can accommodate 250, 500 or even more depending on your plan. Zoom offers 100 to 500 seats, Google Meet offers 100 and Microsoft Teams offers 250. You certainly don’t want interested prospects to be turned away because you have an inadequate webinar hosting platform.

Another key thing to keep in mind is how much internet bandwidth you have. There are few things more frustrating than presenting a great webinar only to realize that your poor internet connection is compromising your video and/or audio feed, causing your audience to miss every other thing you show or say. And remember, those video and/or audio glitches will be memorialized in your recorded version unless you painstakingly edit each and every one of them out in post-production or re-record the entire show.