2 Strategies That Will Impact the Outcome of Your Sales Conversations

When you’re talking to a prospect or client, the way in which you ask and deliver questions can have a significant (albeit subconscious) effect on the response you receive. Here are two strategies that, when used appropriately, will help elicit the response you desire: 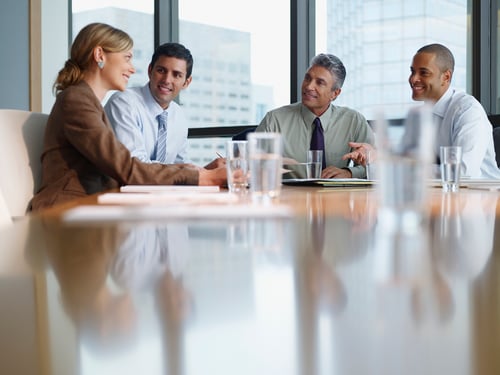 Let’s say your prospect volunteers, “Well, I like your technology…Let’s do a pilot with 10 units, and provided the projected results come true, we could phase in the rest of the units over the next couple years.”  You might respond (with a downward inflection), “And how do you think the building owners will feel seeing the majority of their energy savings unrealized so many months after the successful pilot?” This will probably elicit a response, perhaps something along the lines of, “Well, honestly, we may not have the money to do the whole project this year.” Rather than responding with a question like, “Would it help if we split it between two fiscal years?” you could say (also with downward intonation), “How about we implement half the units this December and the other half in January, which would enable you to split the investment between two fiscal years?”

As you can see from this example, the way in which you deliver the question can have a significant impact on the outcome of the conversation.

Silence: Salespeople have a tendency to talk too much, dominating the conversation. You’re more likely to get a positive response from your prospects if you give them time to think. After you ask the above-referenced questions (with a downward-facing intonation, of course), don’t speak for at least ten seconds.  Being comfortable with silence is a hallmark of sales professionals.  If silence makes you uncomfortable, keep a glass of water in front of you.  Ask the question, then take a leisurely sip of water.  This gives your prospect the time to think so that he or she can respond with an honest answer.  Two side benefits:  you don’t come off as a “pushy” salesperson, and you stay hydrated, too!